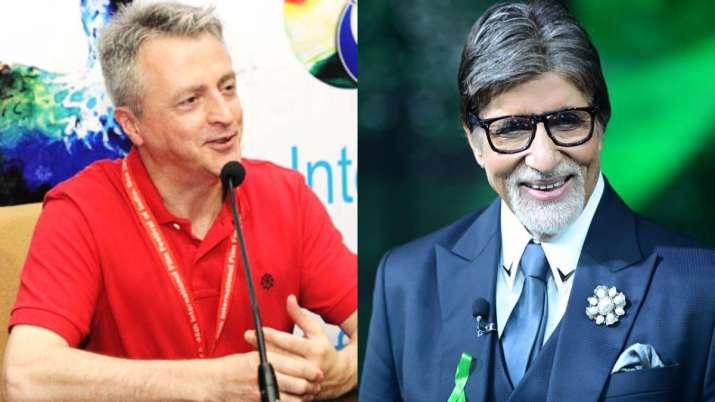 Argentine filmmaker Pablo Cesar loves returning to India, and enjoys Indian business movies. “They have a unique style. In commercial cinema, it’s mostly the actors who are more famous. You say Amitabh Bachchan, and everyone knows him, even in the West. His name is like Maradona, who is known even in India. It’s impressive how an actor from Asia is known across the globe,” Cesar informed IANS.

Cesar, in reality, had considered casting Big B in his movie “Thinking Of Him”, which explored Indian Nobel laureate Rabindranath Tagore’s relationship with Argentine author Victoria Ocampo, nevertheless it did not work out. He nonetheless desires of working with the Indian megastar sometime.

“I would be happy if I get to make a movie with Amitabh Bachchan,” mentioned Cesar, chairman of the worldwide jury at this yr’s version of International Film Festival of India (IFFI), held from January 16 to 24.

He is a frequent customer at Indian movie festivals, too.

“I love India. It is a part of my heart. The first time I was in India was at IFFI in 1994. That was in Kolkata. Then, I travelled to Hyderabad, Delhi, Chennai and Goa,” recalled the filmmaker, including that as a result of pandemic this yr he will not be capable of attend the competition that will probably be held in a hybrid format from January 16 to 24.

“I haven’t told the Press about this. It’s just an idea at the moment. The story of the film is something like this: There’s a film producer from Argentina who arrives in India with a famous actor from Argentina to make a movie on the life of Maradona, to show that Maradona was famous all over the world. Then the pandemic starts, and they get stuck in India,” Cesar mentioned.

How the actor takes to Bollywood dance classes to try to survive in India through the time of pandemic, types the crux of his possible screenplay.

“Maybe one day I will make the movie. I was talking to a producer from Tamil Nadu about it. He said it’s very interesting. Maybe I’ll get an Indian screenwriter. If I get producers, then I will make it a comedy,” shared the filmmaker, who has usually visited India and has shot two co-productions in this nation.

He does remorse not having the ability to be at IFFI this yr owing to the pandemic. “I want to see movies in theatres. Though I have a studio where I can watch movies, I’ll miss meeting other filmmakers and attending the events of the fest,” he mentioned.

Jury duties, nonetheless, weren’t a lot affected by the pandemic. “It’s more or less the same. Jury members watch films without the public in a private room. So when jury members watch a film, they don’t speak during the screenings. Discussions are done during meetings. But to watch films with the public is interesting. People laugh together and have dramatic moments, and say stuff like ‘oh!!’ That’s interesting to witness collectively,” he mentioned.

His curiosity in India and its cinema extends past Big B and business movies. “I read a lot about how cinema of Tamil Nadu has grown in the last few years. That is incredible. There are many good films made in Kerala, too,” he mentioned.

He indicators off giving a touch of his movie in the pipeline: “I have a film project about an African woman who was a slave in Argentina and later helped during the independence of Argentina. I hope to start shooting for it in the last quarter of 2021.”