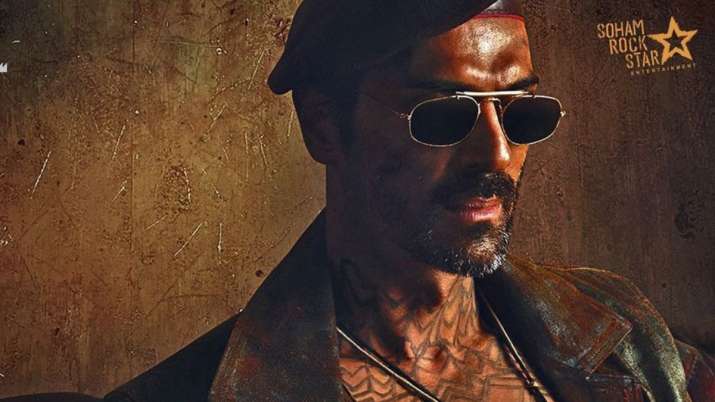 Kangana Ranaut starrer Dhaakad has been making waves ever for the reason that first poster of the movie was launched on Monday. After revealing the first look of Kangana Ranaut as Agent Agni, as we speak the makers shared Arjun Rampal’s first look from the spy thriller. Arjun Rampal took to Twitter and Instagram to unveil his first look poster from the movie. He wrote, “Boom Collision symbol Evil has a new name- Rudraveer! an antagonist who is dangerous, deadly and cool at the same time!”

Arjun who will probably be essaying the function of Rudraveer aced his look as a nemesis of Kangana Ranaut. He might be seen donning a leather-based jacket and a tattered brown vest and ripped denims along with his chest lined with tattoos. Long chains, metallic rings, aviators and a beret all intensify the look to a different degree.

Yesterday, the makers revealed the first look of Kangana Ranaut.

The film additionally stars Divya Dutta in a pivotal function. Kangana had unveiled the teaser of the movie in August final 12 months. The movie is directed by Razneesh Ghai and produced by Deepak Mukut and Sohel Maklai. Presented by Soham Rockstar Entertainment Pvt Ltd in affiliation with Kamal Mukut, Sohel Maklai Productions and Asylum movies.

She additionally revealed that the makers of the movie have roped in Japanese DOP Tetsuo Nagata an award-winning Japanese cinematographer based mostly in France. She tweeted, “For #Dhaakad we have legendary french director of photography Tetsuo Nagata , his academy award winning work like La Vie en Rose has been an inspiration for whole world. Along with highly acclaimed international action crew @RazyGhai hoping to make world class spy thriller.”