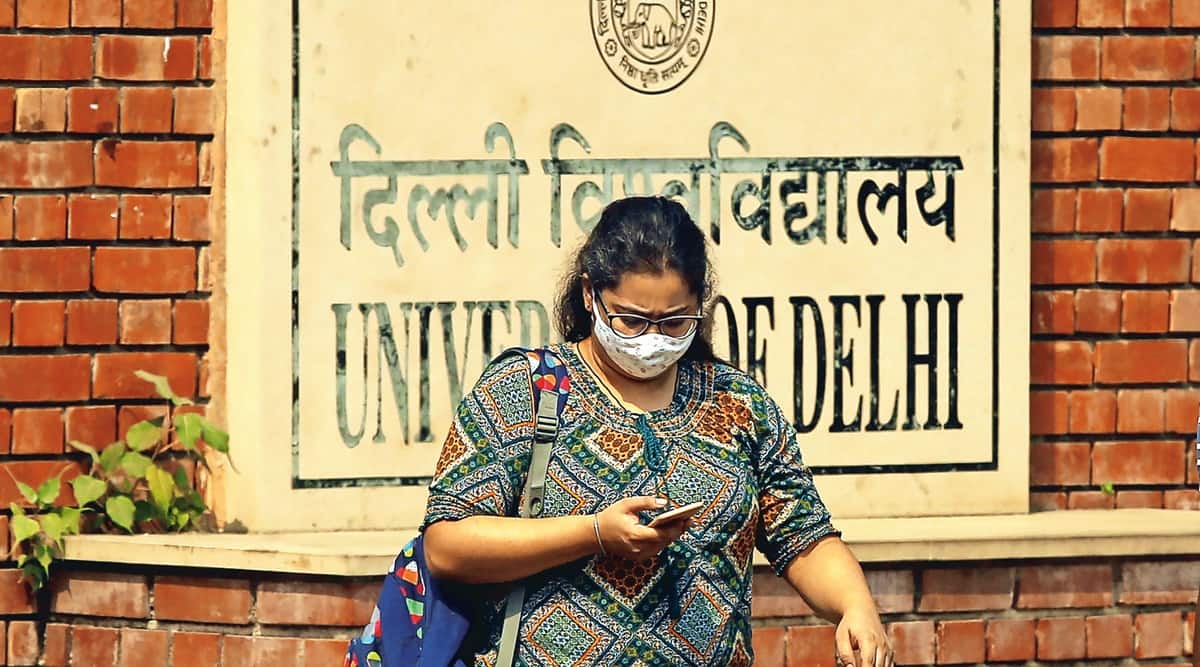 With a standard entrance check for admissions to central universities on the playing cards, Delhi University is considering an admission process based 50% on the Central Universities Common Entrance Test (CUCET) and 50% on board exam results.

DU appearing vice-chancellor P C Joshi stated the college will attempt to transfer away from board examination percentages to percentile as a substitute.

Joshi is an element of the committee arrange by the central authorities “to consider the issue (of) holding common entrance test at undergraduate level only from the next academic year in central universities to provide a single platform for admission”.

“The centre is coming out with the CUCET, for which several committee meetings have been held and it will be finalised shortly. Once that is done, we will be having weightage for both CUCET and board examinations with 50% for each,” he stated.

Delhi University admissions are characterised by sky-high cut-offs yearly. Last yr, Lady Shri Ram College for Women had 100% cut-offs for three programmes, and 30 programs throughout faculties had cut-offs over 99%. DU officers had stated that the record-high hovering cut-offs had been as a result of round 5,500 of the registered candidates had a ‘best-of-four-subjects’ proportion of 100%.

Joshi stated the proposal to think about percentile as a substitute of proportion is an element of the drive in the direction of a extra standardised approach to calculate “merit”.

“We get applicants from education boards across India, of which some are conservative, some are liberal, In ‘X’ board, students of a certain competence are given 100%, while in ‘Y’ board students of the same competence are given 97%. We will try to put them on an even ground to give everyone the best chance. We are trying to evolve a mechanism to determine percentiles keeping in mind these variations, and the NTA will help us with this,” he stated.

In 2020, the primary cut-off record for DU admissions had been launched within the month of October.

Shobha Bagai, who was Dean Admissions for 2020-21, stated class 12 marks shouldn’t be thought-about if entrances are being held. “Students choose their subjects after class 10, but sometimes after studying in Class 11 and 12, they may feel that some subjects were not to their liking or they want to focus on just one or two subjects. With the entrance test, they have the option to narrow down, but if class 12 marks are also considered they will have to perform well in all subjects.Why have two ways of testing students and put more pressure on them?” she stated.

However, Bagai stated that if the Committee decides to think about each class 12 marks and entrance exams, contemplating percentile over proportion could be a greater system.

Former Deputy Dean of Students’ Welfare Gurpreet Tuteja stated such a transfer would carry all Boards at par and sophistication 12 board marks can’t be eradicated. “It is the basic qualification, so that is vital. But entrance will make DU admissions a level-playing field since some Boards always give more scores. When the whole country gives the same paper, we will know where everyone stands,” he stated.

Tuteja stated percentile is a greater marker than proportion because it “normalises different standards”. However, he stated it could even be a “very difficult task” for the college to calculate the percentile of every scholar. “The Boards should give the percentile,” he stated.

Hindu College principal Anju Srivastava stated it could be a great system however provided that the weightage of the entrance check was larger. “Considering the class 12 marks is not a bad idea because it keeps alive the seriousness and importance of the Board exam. But there is no uniformity of standards in the Board marking, so the entrance exam is necessary. It should have more weightage,” she stated.

In view of the second Covid...
Read more