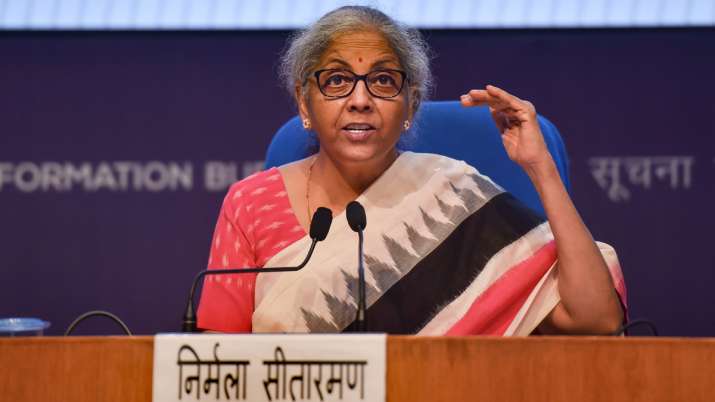 Commending taxmen for the enforcement measures in coping with GST fraud, Finance Minister Nirmala Sitharaman on Thursday mentioned the improved revenue assortment within the current months should now be the “new normal”.

In a message to tax officers on the fourth anniversary of historic tax reform GST, she mentioned within the final 4 years the taxpayer base has virtually doubled from 66.25 lakh to 1.28 crore.

“Commendable work has been done in the year gone by both in the area of facilitation and enforcement with numerous cases of fraudulent dealers and ITC being registered. The enhanced revenue collection in recent months should now be the ‘new normal’,” Sitharaman mentioned.

A nationwide GST, which subsumed 17 native levies like excise responsibility, service tax and VAT and 13 cesses, was rolled out on July 1, 2017.

Expressing satisfaction on overcoming a lot of the GST implementation challenges, together with two waves of the COVID-19 pandemic, the minister additionally thanked taxpayers for his or her help in making the products and companies tax (GST) a actuality.

“Its optimistic externalities akin to unified market, elimination of cascading and imp[roved competitiveness of goods and services has helped spur economic growth taking us further on the path to prosperity,” she said while commending both the central and state tax officers for making GST a success.

Central Board of Indirect Taxes and Customs (CBIC) will be issuing certificate of appreciation to 54,439 GST payers for timely filing of returns and cash payment of GST in the last four years. More than 88 per cent of these taxpayers are from micro, small and medium enterprises.

She said any reform of this scale, in a large and diverse country like India, can be highly challenging.

“The GST Council has shown immense sagacity and wisdom in redressing legitimate concerns of taxpayers and citizens by course correction whenever needed. This has manifested itself not just in measures to ease the compliance burden on taxpayers, especially MSMEs, but also reducing the tax burden on the common man,” Sitharaman added.

Under GST, businesses with an annual turnover of up to Rs 40 lakh are exempt from GST. Additionally, those with a turnover up to Rs 1.5 crore can opt for the Composition Scheme and pay only 1 per cent tax.

Under GST a four-rate structure that exempts or imposes a low rate of tax 5 per cent on essential items and top rate of 28 per cent on cars is levied. The other slabs of tax are 12 and 18 per cent. In the pre-GST era, the total of VAT, excise, CST and their cascading effect led to 31 per cent as tax payable, on an average, for a consumer.

GST also represents an unprecedented exercise in fiscal federalism. The GST Council, that brings together the central and state governments, has met 44 times to thrash out how the tax will work.