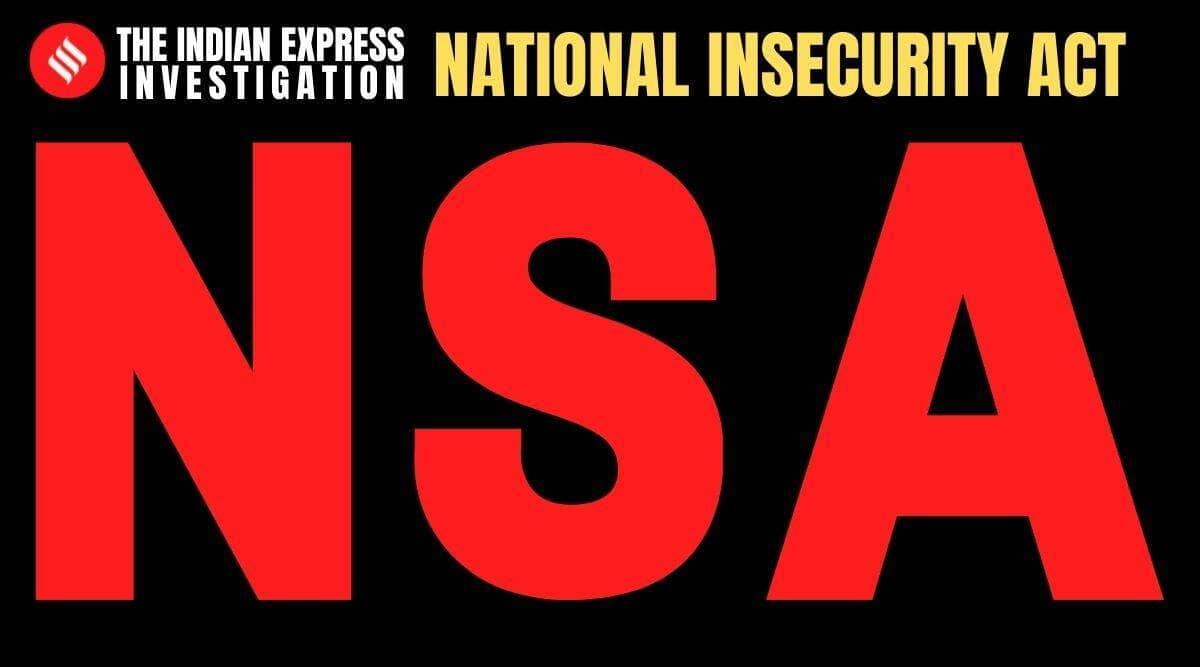 TAKEN collectively, cow slaughter instances and communal incidents account for over half of all instances adjudicated by the Allahabad High Court in which the Uttar Pradesh administration invoked the draconian National Security Act (NSA) over the past three years — 61 of 120. In as many as 50 of these habeas corpus instances it dominated in — nearly 80% — the High Court struck down the orders and ordered the discharge of the detainees.

But with regards to communal incidents alone, this went as much as 100% — between January 2018 and December 2020, that is the one class the place the courtroom has struck down all NSA detention orders it adjudicated on: 20 out of 20, all on habeas corpus petitions.

All the accused have been from the minority group — and in no less than 4 instances, the courtroom took on report submissions that flagged this reality, an investigation by The Indian Express of police and courtroom information present.

On Tuesday, responding to the first part of The Indian Express investigation, a UP authorities spokesperson despatched a break-up of NSA instances and associated proceedings between January 2018 and December 2020. According to this break-up, the NSA was invoked in 534 instances out of which it was revoked in 106 instances by the advisory board and in 50 instances by the High Court.

However, The Indian Express evaluation of NSA instances adjudicated by the High Court between January 2018 and December 2020 discovered that it revoked the NSA in 94 of 120 habeas corpus petitions.

Again, like in the instances of cow slaughter, the information reveal a sample in which the regulation was invoked in communal incidents:

* In six instances, the High Court cited the Supreme Court to level out that “the bald statement” made by DMs that if the petitioner was launched on bail, he would repeat his prison exercise affecting public order “was not enough” to justify the NSA order.

* In 4 instances, it famous the defence argument that NSA was invoked on the idea of a number of FIRs the place these detained have been both not named or not assigned any particular function.

* In 4 different instances, the courtroom stated the one Constitutional safeguard of processing the illustration of detained individuals earlier than the advisory board with out unjustified delay was violated.

* In 4 instances, the DMs stated “panic and terror gripped the members of the public”; an “atmosphere of fear and terror had engulfed the local residents”; and “tempo of life and public order in the area was totally disturbed”.

* In three others, the NSA orders claimed (*20*); “they started running helter-skelter to save their lives”; and “communal tension gripped the atmosphere and communal harmony was totally shattered”.

* In 4 different instances, “there was panic all-around, villagers had shut their shops and fled on account of terror, people hid themselves in their houses”.

On March 7, The Indian Express despatched an in depth questionnaire to UP Chief Secretary R Okay Tiwari flagging the quashing and looking for the state authorities’s response as to if there was a evaluation of NSA orders issued by DMs that have been quashed by the High Court and if any corrective motion has been taken. No response was obtained.

The courtroom’s calling out of the abuse of the regulation is finest illustrated in the next key instances:

‘Just to say he will repeat crime not enough’

NSA issued: On November 3, 2017, by District Magistrate (DM), Kanpur, on FIR alleging that Siddiqui and others participated in a “Tazia” procession, brandishing swords, and entered a Hindu space and retailers, shouting slogans, which affected non secular sentiments. Facing resistance, they turned violent and communal riots broke out.
High Court cited the Supreme Court: “If the State thinks that he does not deserve bail, the State could oppose the grant of bail. He cannot, however, be interdicted from moving the court for bail by clamping an order of detention. The possibility of the Court granting bail may not be sufficient. Nor a bald statement that the person would repeat his criminal activities would be enough”.

NSA issued: On February 5, 2018, by DM Allahabad on FIR alleging a communal incident that began as Alam “forcibly tried to take away” a haystack from one Mahendra Kumar. Villagers intervened to resolve the dispute however Alam and “other persons belonging to Muslim community” attacked Kumar at a tea store armed with “country-made pistol, bombs, baton, sticks, stones” and “started terrorising” folks. This, the FIR alleged, led to folks from each communities assembling and shouting slogans towards one another.

High Court once more cited SC: “… Apprehension of detaining authority that the accused if enlarged on bail would again carry on his criminal activities is by itself not sufficient to detain a person” beneath NSA.

‘Not named in the FIR, no role’

NSA issued: On October 6, 2018, by DM Muzaffarnagar on two FIRs. The first was registered on the idea of a grievance by one Sumit alleging that he was attacked whereas returning residence, after resolving a dispute involving a cousin, by 15-20 unnamed Muslim males armed with sticks and elevating non secular slogans. FIR doesn’t identify Shamsher or his household.

The second FIR, additionally on a grievance by Sumit, alleged that Shamsher has “spread a false rumour” over his servant being crushed upon which “about a hundred members of Muslim community” armed with sticks, sharp-edged weapons, bricks and stones began a procession “shouting provocative and communal slogans”.

High Court: It famous the petitioner’s competition that “detention order has been passed primarily on the ground that the petitioner belongs to Muslim community without appreciating the fact that the second FIR was a logical conclusion of the first FIR” in which he was not named.

NSA issued: On May 25, 2018, by DM Aligarh on three FIRs. The first associated to a rioting case registered after practically 100 protesters had gathered outdoors Jama Masjid throughout Friday prayers, demanding stringent punishment for accused in homicide of two Muslim males, and compensation to households. The two different FIRs have been additionally registered on the identical day.

High Court: It famous the petitioner’s competition that “detention order has been passed primarily on the ground that the petitioner belongs to Muslim community without appreciating the fact that the second and third FIRs were a logical conclusion of the first FIR” in which he was not named.

It famous that “no specific role had been assigned” to him. “There is no injury report whatsoever on record which may show that anybody had received grievous injury,” it stated.

High Court: “…while extraordinary haste was shown in taking action against the petitioner, the authorities remained reluctant and there was complete inaction on their part causing unjustified delay in processing the representation of the detenu and in not placing the representation before the Advisory Board.”

It concluded that “where the law confers extraordinary power on the executive to detain a person without recourse to the ordinary law of and to trial by courts, such a law has to be strictly construed and the executive must exercise the power with extreme care”.