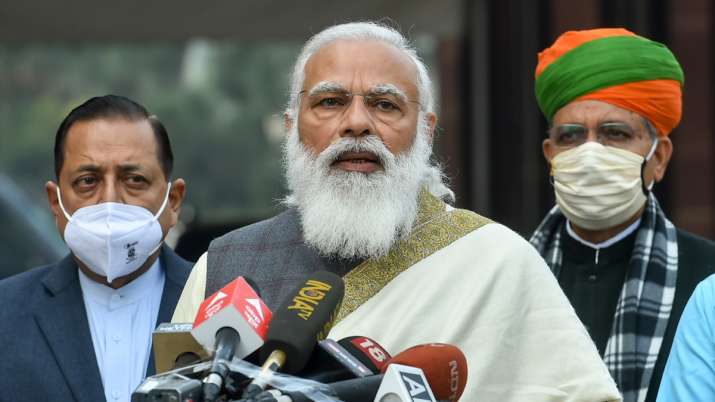 Prime Minister Narendra Modi on Friday mentioned that the approaching decade is important for India’s progress and that “we have to remember the vision and dreams of the greats who fought for our nation’s freedom”. He mentioned that “a golden opportunity has come before the nation to fulfill the dreams seen by the freedom fighters”.

“This decade should be fully utilised. Keeping this in mind, there should be discussions in this session focussing on the decade – this is expected by the nation. I believe that we will not lag behind in making our contribution for the fulfilment of people’s aspiration,” he instructed reporters exterior the Parliament on the day 1 of the Budget Session.

“This is the Budget Session. For the first time in India’s history, in a way, the Finance Minister had to present 4-5 mini budgets in 2020 in the form of different packages. So this Budget will be seen as a part of those 4-5 mini budgets, I believe this,” he added.

Meanwhile, the Budget session is prone to witness acrimonious scenes, with the opposition events saying that they’ll boycott the President’s deal with. They have prepred a technique to nook the federal government on points like farmer protest, recession, job losses, dealing with of COVID disaster and LAC stand-off with China. A complete of 18 Opposition events together with the Congress, Nationalist Congress Party, National Conference, Dravida Munnetra Kazhagam, Trinamool Congress, Shiv Sena, Samajwadi Party, Rashtriya Janata Dal, Communist Party of India (Marxist), CPI, Indian Union Muslim League, RSP, Peoples Democratic Party, MDMK, Kerala Congress (M) and the All India United Democratic Front have introduced to boycott the President’s deal with. The Shiromani Akali Dal and Aam Aadmi Party additionally individually introduced their choice of boycotting the deal with. There are over 20 opposition events in Parliament.

The session will likely be held in two components –January 29 to February 15 and March 8 to April 8 and could have a complete of 33 sittings.

Focus on stress management for senior students at...