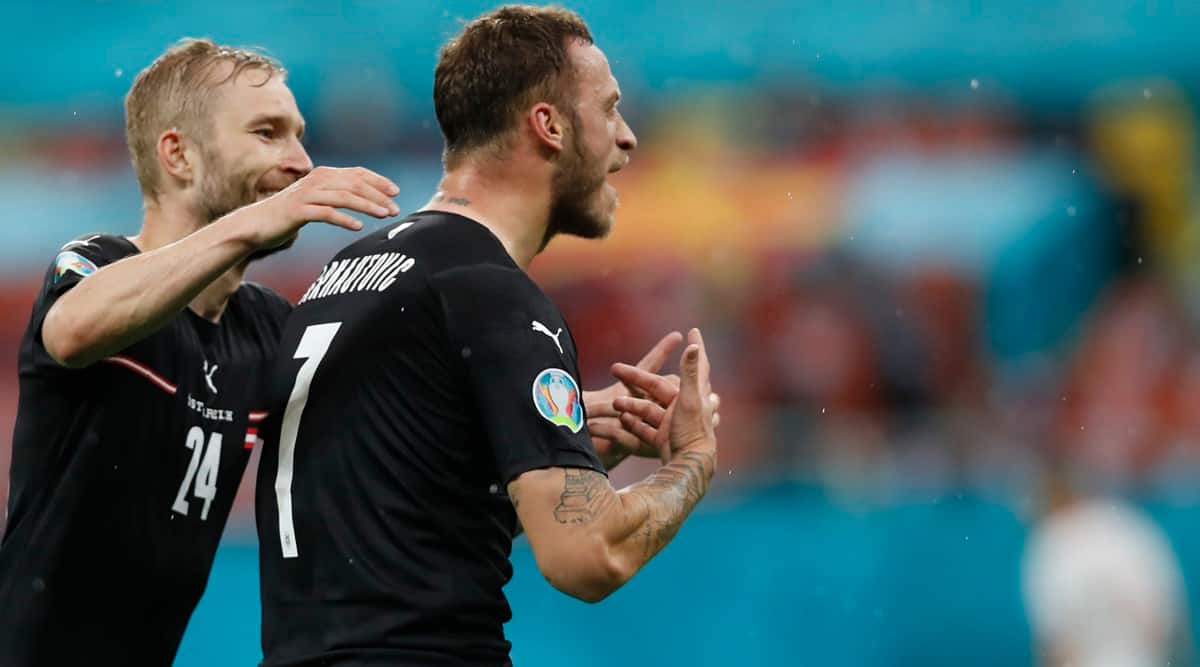 The North Macedonian soccer federation has submitted a request to UEFA asking for Austria striker Marko Arnautovic to be punished for a nationalist outburst after he scored a purpose on the European Championship.

The federation stated the outburst was directed at Ezgjan Alioski, who’s of Albanian origin. Arnautovic’s father is Serbian and his mom is Austrian.

“We are always against nationalism, discrimination and all other forms of insults and outbursts that are not in the spirit of football and the values that we all stand for together,” the federation stated in a press release launched late Monday. “We will always stand up and defend the interests and dignity of the Macedonian national team wherever they play.”

UEFA stated Tuesday it has appointed a disciplinary inspector to conduct an investigation into the incident. UEFA disciplinary guidelines name for a minimal 10-match ban for insults primarily based on race or ethnic origin.

Arnautovic scored the ultimate purpose in Austria’s 3-1 victory over North Macedonia on Sunday on the National Arena in Bucharest.

He wrote in an Instagram story that he was sorry for what occurred and acknowledged “some heated words yesterday in the emotions of the game for which I would like to apologize – especially to my friends from North Macedonia and Albania.”

“I would like to say one thing very clearly: I AM NOT A RACIST!” Arnautovic wrote. “I have friends in almost every country and I stand for diversity.”

Tensions between North Macedonians and ethnic Albanians within the small Balkan nation erupted in 2001 when Albanians took up arms and fought with authorities forces, demanding extra rights.

The battle ended after seven months with a deal that granted extra rights to Albanians.

Ethnic Albanian events have been a part of each authorities within the nation because it declared independence from the previous Yugoslavia in 1991.

Serbia and ethnic Albanians have additionally been in battle in Kosovo, a former Serbian province that declared independence in 2008.

Kosovo’s majority inhabitants are ethnic Albanians, and Serbia has by no means acknowledged the nation’s independence.

In 2017, Serbia was angered by North Macedonia’s intention to assist Kosovo’s membership in UNESCO.

‘Virat Kohli deserves a lot of credit for going...

Do not believe Panneerselvam this time, DMK chief tells...