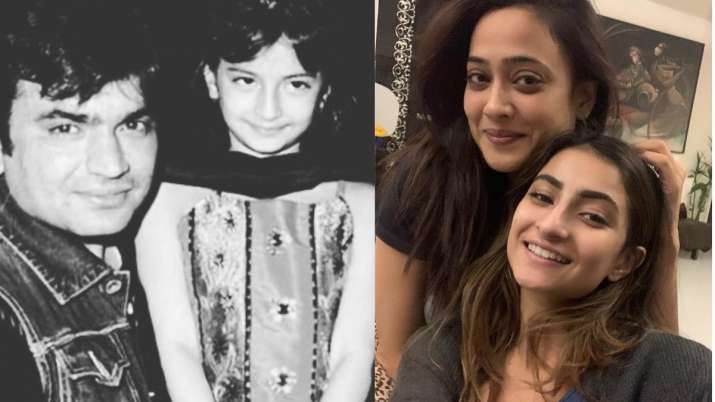 TV actress Shweta Tiwari obtained separated from her first husband Raka Chaudhary after 9 years of marriage. The duo has a daughter collectively Palak. After their ugly divorce, Palak has been staying together with her mom and the duo hasn’t been a lot in touch with Raja. However, not too long ago Raja shared a selfie on his Instagram as he met Palak after 13 lengthy years. Sharing the image, he wrote, “What to say.” The submit reveals Raja and Palak fashing their smiles for a selfie.

He shared the identical image on Facebook and wrote, “Moment of my life.” Check out the image here-

Talking about his assembly with daughter Palak, Raja Chaudhary instructed EtImes, “I was meeting her after 13 long years! When I last saw her she was a baby and now she is a grown up girl. Palak and I were in touch with each other through Whatsapp messages. Every day I used to message her Good Morning. But we hadn’t met at all.I was staying in Meerut with my parents. But had some work in Mumbai, so I called Palak who was rehearsing for her film. She took time out and we met a hotel in Andheri in Mumbai for around one and a half hours.”

Raja revaeled that he shares a cordial relationship with Palak they usually don’y have any destructive emotions between them. He added, “There were no grudges between us nor did we discuss our past. There were only pyaar bhari talks between us. I told her about my side of the family — her dada-dadi, chacha-chachi, etc. She was excited to know about them and told me that she will soon come to visit us all. It is a new phase for both of us. I am still that ever caring and loving father for her.”

Meanwhile, Palak Tiwari is all set to make her appearing debut with Vivek Oberoi’s movie Rosie:The Saffron Chapter. The movie is a horror-thriller based mostly on true occasions in Gurugram. Basically, it revolves round Rosie, one of many workers at Saffron BPO, which is alleged to be haunted.

Revealing his look from the movie, Vivek took to Instagram and wrote: “Things are not always as #Rosie as they seem, so #PalatKarMatDekhna! Glad to join the cast & present my first look in Rosie: The Saffron Chapter, directed by @mishravishal. Hope you like it.”

Excited about her debut in Bollywood, Palak mentioned: “‘Rosie’ irrefutably is not your average horror film, it’s an amalgamation of romance, spine chilling thrills, laced with an intriguing perspective. What makes it even better is the eximious team of people behind it. I’m truly honoured to be a part of this production.”