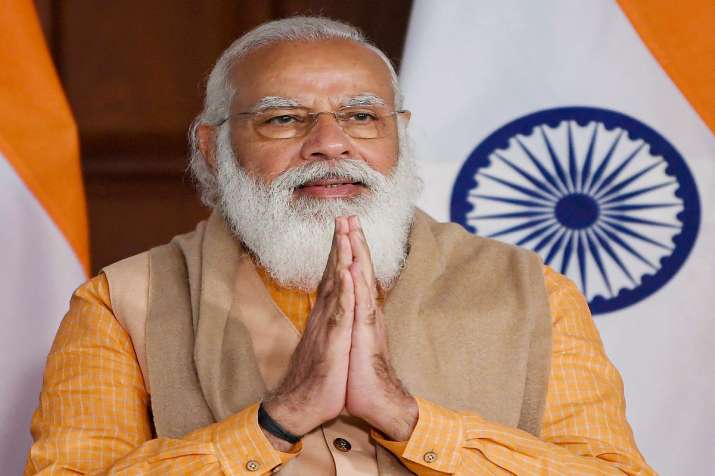 Prime Minister Narendra Modi can be in West Bengal and Assam today for inauguration and laying the muse stone of a number of development projects and also will handle public conferences on these events in the 2 poll-bound states. His workplace stated on Friday that Modi will lay the muse stone of two hospitals and launch ‘Asom Mala’, a programme for state highways and main district roads, at Dhekiajuli in Assam.

He will later dedicate to the nation and likewise lay the muse stone of key infrastructure projects at Haldia in West Bengal.

In Bengal, Modi will inaugurate an LPG import terminal constructed by the state-run BPCL that has been constructed at an funding of round Rs 1,100 crore and has a capability of 1 million metric tonne each year.

“It will cater to the growing requirement of LPG in West Bengal and other states in eastern and north-eastern India and is an important step towards realising the vision of the Prime Minister to provide clean cooking LPG to every household,” the Prime Minister’s Office stated.

He will even dedicate to the nation the 348-km Dobhi-Durgapur pure gasoline pipeline part, which is a component of the Pradhan Mantri Urja Ganga Project. It marks an vital milestone in the direction of attaining ‘one nation, one gasoline grid’ undertaking of the federal government, the PMO stated.

Constructed at an funding of about Rs 2,400 crore, the pipeline will assist revival of HURL Sindri (Jharkhand) fertilizer plant and in supplying gasoline to Matix Fertilizer Plant in Durgapur (West Bengal). It will cater to the gasoline demand of industrial, industrial and vehicle sectors, and the town gasoline distribution throughout all main cities in the state.

Modi will lay the muse stone of the second Catalytic-Isodewaxing unit of the Haldia refinery of the Indian Oil Corporation as effectively. This unit can have a capability of 270 thousand metric tonne each year, and as soon as commissioned, is anticipated to consequence in a saving of about US$ 185 million in overseas alternate.

Another undertaking to be inaugurated by the prime minister is a four-lane ROB-cum-flyover at Ranichak in Haldia on NH 41. It has been constructed on the price of Rs 190 crore, the PMO stated.

The flyover will consequence in uninterrupted motion of site visitors from Kolaghat to Haldia Dock Complex and different surrounding areas, ensuing in substantial saving in journey time and working price of heavy autos plying in and out of the port.

These projects are in line with Prime Minister’s imaginative and prescient of Purvodaya, of driving progress of the japanese India,” it stated.

In Assam, Modi will launch ‘Asom Mala’, which is aimed toward serving to enhance the state highways and main district roads community in the state. The programme is exclusive for its emphasis on efficient upkeep by steady subject information assortment and its linkage with the street asset administration system, the PMO famous.

‘Asom Mala’ will present high quality inter-linkage roads between the nationwide highways and the agricultural roads community in addition to facilitate seamless multi-modal transportation. It will interconnect financial progress centres with transportation corridors and enhance inter-state connectivity, it stated.

The prime minister will even lay the muse stone of two medical schools and hospitals, that are being arrange in Biswanath and Charaideo at a complete estimated undertaking price of over Rs 1,100 crore. Each hospital can have a capability of 500 beds and 100 MBBS seats.

“The increase in the number of medical colleges and hospitals will not only mitigate the shortage of doctors in the state but also make Assam a hub for tertiary care and medical education for the entire northeastern region,” the PMO stated.