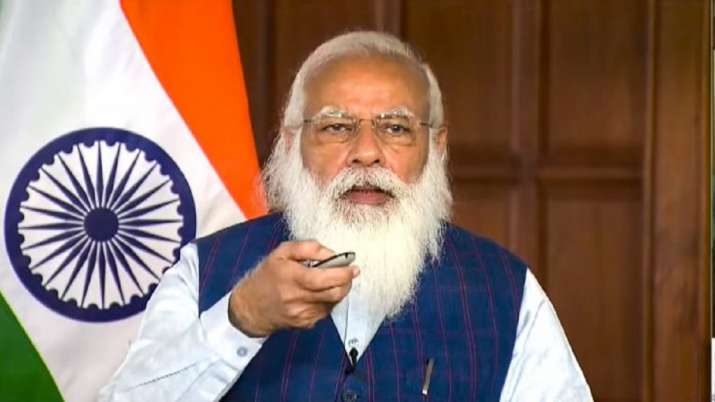 Taking to Twitter on Wednesday, PM Modi stated: “At 4:30 PM tomorrow, 16th July, a range of interesting development works will be inaugurated in Gujarat. These works cover the environment, nature, railways and science.”

According to the Prime Minister’s Office (PMO), the upgradation of the Gandhinagar Capital Railway station has been finished at a value of Rs 71 crore.

The Station has been supplied with world-class facilities, at par with fashionable airports.

Special Care has been taken to make it a Divyang pleasant station by offering it with a particular ticket reserving counter, ramps, lifts, devoted parking house and so on.

The full constructing is designed and supplied with Green Building ranking options. The state-of-the-art exterior facade can have every day theme-based lighting with 32 themes. The station can even home a 5 star resort.

Electrification of Surendranagar – Pipavav Section has been accomplished at a complete value of Rs 289 crores.

The undertaking will present seamless freight motion from Palanpur, Ahmedabad and different elements of the nation upto Pipavav Port with none change of traction. It can even decongest Ahmedabad, Viramgam and Surendranagar Yards due to avoidance of detentions for loco change over.

UP Police arrests two from Delhi for ‘hundreds of...

Voices to cancel CBSE board exams get louder