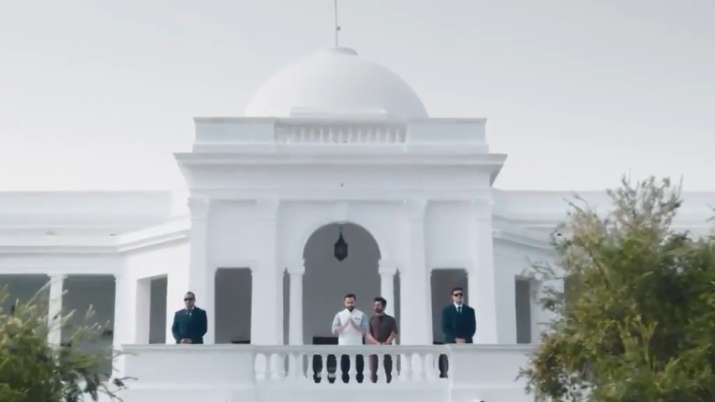 Bollywood actor Saif Ali Khan, whose upcoming political drama Tandav is all set to launch on the OTT platform, just lately in an interview with Mid-day shared a few of the insights from the shoot. Saif revealed that he made an exception for Tandav as he allowed capturing of the present inside his personal ancestral palace in Pataudi. Saif admitted that he has by no means allowed any movie shoots inside the property. Reportedly, nearly 40% of the present is shot within the royal palace.

He stated, “I don’t mind giving it for shoots sometimes because it remains unused 340 days of the year. These days, film crews have become responsible and look after the venues, but [the idea of a shoot] still makes me nervous. Usually, I am more comfortable if they are filming around the exterior of the palace. But for Tandav, I made an exception [by shooting inside].”

He additional added, “I think it is the palace that lends us the royal look. Anyone standing there would look royal.”

In one other interview to Financial Times, Saif talked about how his personal privileged upbringing meant that he was the best selection for his function in Tandav. “I have grown up in a very privileged section of New Delhi, I understand that. If you’re asking me to play a privileged prince of a politician, a lot of that will come naturally to me because of the way I’ve been brought up . . . It’s pretty good casting,” he stated

The Pataudi Palace is situated in Gurgaon, Haryana and was in-built Nineties and was earlier known as Ibrahim Kothi.

Saif Ali Khan goes to painting the function of a fierce, radical, and authoritative blue-blooded crown prince. Saif as Samar’s character goes to be enigmatic, his energy to attract an enormous crowd given his zeal, power, and youth enchantment shall be unmissable.

The collection will probably be accessible for Prime members in India and in additional than 240 nations and territories from January fifteenth 2021 onwards.

‘You are incorrect’: British player tells her doctors...

Movie theatres to reopen in UP from October 15....