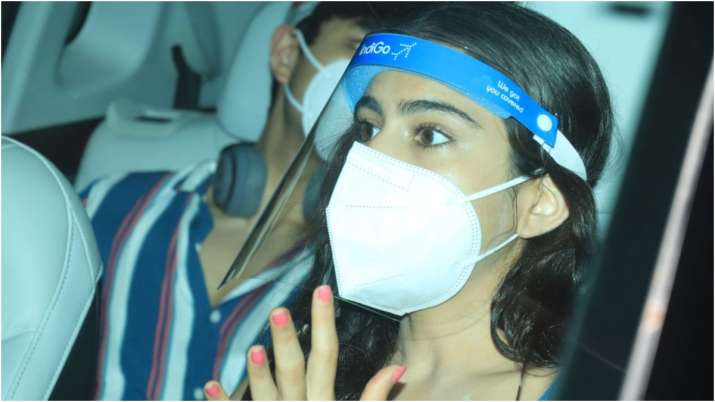 Bollywood actress Sara Ali Khan was noticed on the airport not too long ago. The actress upon her return encountered a fan who rushed to take a selfie with the actress. As he approached Sara, he eliminated his mask and took his telephone out. Watching him achieve this, scared Sara schooled him saying it’s inappropriate to achieve this in occasions of the pandemic. In the video which goes viral on social media, Sara who was sporting a mask and a face defend is seen telling the fan it’s not the proper factor to do with COVID 19 at its peak and requested him to hold his distance.

Sara will subsequent be seen in “Atrangi Re”, co-starring Akshay Kumar and Dhanush, and directed by Aanand L. Rai. “Atrangi Re” is written by Himanshu Sharma and is billed as a cross-cultural love story. Sara has accomplished capturing for the movie and upon it is conclusion, the actress took to Instagram to speak in regards to the movie. She additionally shared stills from the set on Instagram alongside with her submit, too.

“That’s a film wrap. Ek saal baad. Thank you so much @aanandlrai sir for giving me this role, this film and this opportunity. But more than that thank you for your unconditional love, unwavering support, the best India darshan, delicious khana, early morning sunrise drives to location, sufi ginger water evenings, and the most memorable year with the best team,” she wrote.

“Atrangi Re” additionally stars Dhanush. Tagging the Tamil star, Sara shared: “@dhanushkraja thank you for always being helpful, motivating and inspiring. Couldn’t have asked for a better partner in this journey and yes thank you for introducing me to your amazing music and mouth watering varieties of South Indian food (even though we could’ve avoided that indulgence during shoots).”

Apologising for stalking Akshay Kumar, Sara added: “Thank you so much @akshaykumar sir for bringing so much love, laughter, energy and positivity on our set and sorry for stalking you for photos in all our costumes sir.”

‘The way he got Mayank Agarwal and surprised Chris...