Shafali Verma, Sneh Rana nominated for ‘ICC player of the month’ award after exploits against England 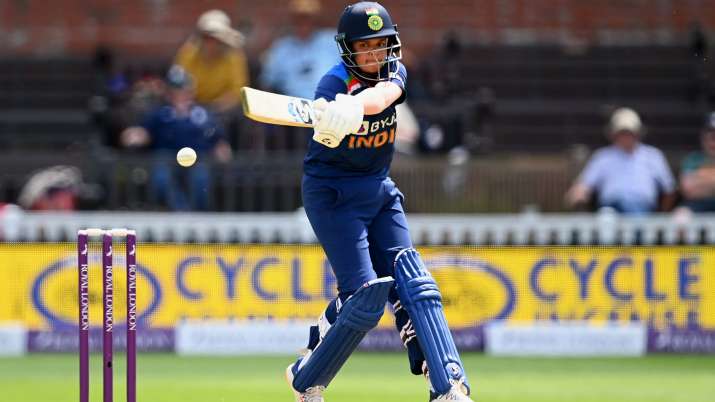 India’s teen batting sensation Shafali Verma and all-rounder Sneh Rana have been on Wednesday nominated for for ICC ladies’s ‘Player of the Month’ award for June following their standout performances in the ongoing sequence against England.

Besides the Indian duo, England’s left-arm spinner Sophie Ecclestone has additionally been nominated for the honour in the ladies’s class.

The nominees amongst the males are New Zealand batsman Devon Conway and pacer Kyle Jamieson together with South Africa wicketkeeper Quinton de Kock.

The 17-year-old Shafali, who had already impressed everybody in the shortest format of the sport, made a surprising Test debut against England and was named Player of the Match in the Bristol match.

The flamboyant teenager turned the first Indian lady and fourth from any nation to attain half-centuries in each innings of a debut Test, notching 96 and 63.

Her first innings rating was the highest by an Indian lady on debut. She additionally aggregated 59 runs in two ODIs against India at a strike fee of 85.50.

All-rounder Rana additionally had a memorable Test debut at Bristol along with her unbeaten 80 off 154 deliveries serving to India stave off defeat against England after they have been made to observe on.

Earlier in the match, she completed with 4 for 131, accounting for well-set opener Tammy Beaumont and Amy Jones amongst others. She additionally took one for 43 in an ODI against the identical aspect.

England’s left-arm spinner Ecclestone was the most profitable bowler in the one-off Test against India, ending with a match haul of eight for 206 for a mean of 25.75.

The 22-year-old snared 4 wickets in every innings of the Test match. She additionally had three in every of the two ODIs which adopted throughout the month, her six wickets coming at a mean of 12.16 and an economic system fee of 3.65.

Among the male nominees, Conway smashed a double century on Test debut at Lord’s in June. He adopted it up with half-centuries in his subsequent two Tests, together with the ICC World Test Championship Final, to combination 379 runs at a mean of 63.16.

De Kock completed as the Player of the Series against the West Indies, notching an unbeaten 141 in the first Test and 96 in the second Test for an combination of 237 runs at a mean of 118.50.

Jamieson was the Player of the Match in the World Test Championship last against India in Southampton, ending with match figures of seven for 61.

He dismissed India captain Virat Kohli in each innings, whereas his different scalps included Rohit Sharma, Cheteshwar Pujara and Rishabh Pant. He performed two Tests throughout the month, ending with 10 wickets at a mean of 17.40.